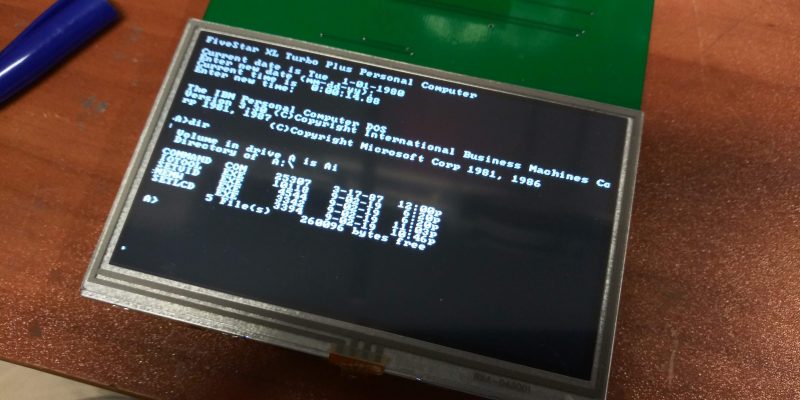 These days, supply chain factors and high demand have made it incredibly difficult to lay one’s hands on a GPU. However, if you’re into older computers, you might find it hard to source old-school video cards too. Fear not, for [Dave’s Dev Lab] has been cooking up some experiments with a goal of eventually producing a new 8-bit ISA video card from scratch.

The long term goal is to recreate the original design of early IBM hardware, namely, the MDA and CGA video cards of decades past. The experiments center around the venerable Motorola 6845 which was widely used in computers in the 1980s. However, [Dave] intends to make them suitable for outputting to modern screens using typical VGA and DVI outputs, as well as those expected by modern TFT LCDs.

Thus far, [Dave] has achieved successful VGA output in a 40×35 text mode. With an 8×16 font, and the display running at 640×480 resolution at 60 Hz, everything hums along nicely. Similar experiments with a modern 480×272 LCD display have also worked well.

There’s a long way to go before [Dave’s] hardware is playing Commander Keen, but it’s great to see such effort being put into the platform. It could yet serve as a great upgrade for those wishing to use their vintage IBM metal without having to source a tired old CGA monitor.

We’ve seen similar work before too, with the Graphics Gremlin from [Tube Time] achieving a similar task. If you’ve been brewing up your own ISA hardware at home, do drop us a line.