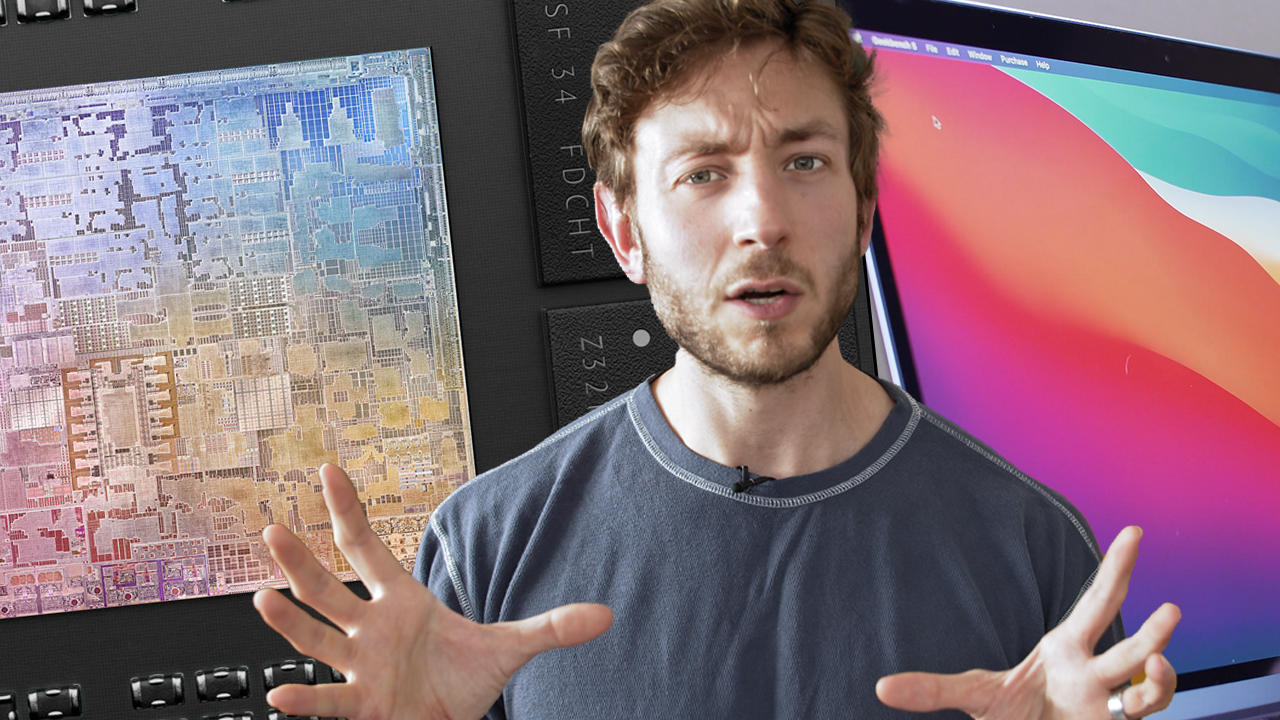 When Apple announced it was dropping Intel in favor of its own, ARM-based laptop processors, the big question was how fast the computers with these new chips would be. In the last episode of our explainer show, Upscaled, we took a look at how Apple’s new M1 powered Macbook Pro performs compared to an Intel-powered 16” Macbook Pro and the Windows ARM-based Surface Pro X. Turns out, the M1 is crazy fast.

The next question is how did Apple’s engineers do it? Processors aren’t magic. Every design is a balancing act between a dozen variables. A bigger cache can hold more data, but is slower to access. Higher clock speeds boost performance, but eat into battery life. This is further complicated by the reality that designing a chip can take years, but despite all the modeling and simulations available to engineers, it can be hard to predict exactly how a chip will perform until you actually manufacture it.

The key to Apple’s success seem to be the M1’s incredibly “wide” design. This refers to how many instructions the chip can process each cycle. While the M1 is single-threaded, meaning each core can only process one stream of instructions at once (unlike Intel and AMD’s multi-threaded design), it can process as many as 8 instructions per cycle. That’s nearly twice as many as most modern designs. This lets it still do a ton of work, even when running at a lower clock speed, which can help save power.

This is just one of a series of smart decisions Apple made that all add up to an impressive processor. Some see the advantage of the M1 as it being an ARM chip, as opposed to x86 like Intel or AMD, but many of Apple’s design decisions are things rival companies could adopt (and are starting to). Add in the fact that the M1 is built on a cutting-edge 5nm design from TSMC, and Apple’s success isn’t magic.

Check out the full video for even more details on Apple’s M1 design, and how other companies are working to catch up.

You can see our list of sources for this piece here.