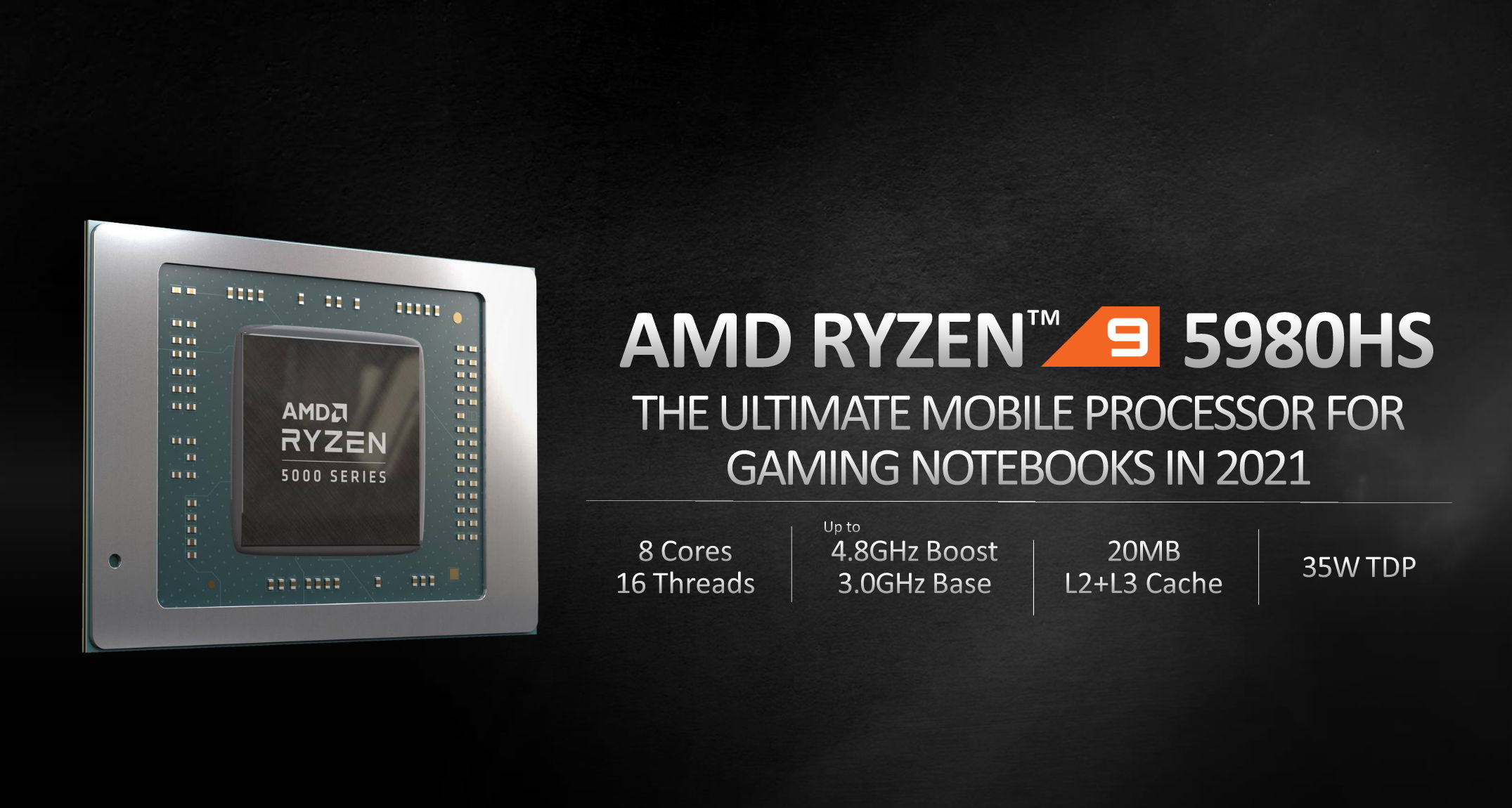 After revealing its Ryzen 5000 desktop chips with much improved gaming performance, AMD is now gunning for Intel on the laptop front. The company just launched its new Ryzen 5000 mobile family with H-Series CPUs aimed at gamers and content creators, along with the power-friendly U-series chips designed for ultrathin PCs. Both lineups are based on AMD’s 7-nanometer Zen 3 technology and promise significant bumps in performance and battery life over the last-gen models.

AMD is going after laptop creators with the Ryzen 5980HS chip, promising significantly better single- and multi-threaded performance than Intel’s top-end Core i9-10980HK laptop CPUs, also with a 45+ watt TDP. At the same time, it said that the Ryzen 9 5900HX CPU bests the i9-10980HK processor for gaming with 14 percent better single-threaded performance and 37 percent overall CPU performance. Based on those numbers, it could even be competitive with high-end desktop gaming chips just a couple of generations old. It’s also promising “impressive battery life,” though it didn’t provide any specific numbers.

The U-series chips for ultrathin laptops — a category that Intel still dominates — will also see gains, albeit on a lesser scale. Like the 4800U, the Ryzen 7 5800U has 8 cores and 16 threads, while sipping just 15 watts of power. Thanks to the extra efficiency of the Zen 3 cores and a larger 20MB cache, that puts it well ahead of last-gen Ryzen 7 4800U model, and either ahead or even with Intel’s Core i7-1165G7 CPU for productivity chores. At the same time, AMD is promising up to 17.5 hours of battery life for general usage and 21 hours for movie playback.

Yesterday, Intel released its own batch of laptop chips, including the 35-watt i7-11375H that Intel claims is 30 percent faster than AMD’s Ryzen 4900H, at least in single-threaded speeds. Intel also has an advantage on the graphics side with its integrated Xe GPU. With both companies having now unveiled their laptop CPUs, it seems the playing field is leveling out and perhaps even tilting in AMD’s favor — we’ll know more once we get our hands on some laptops that use them.