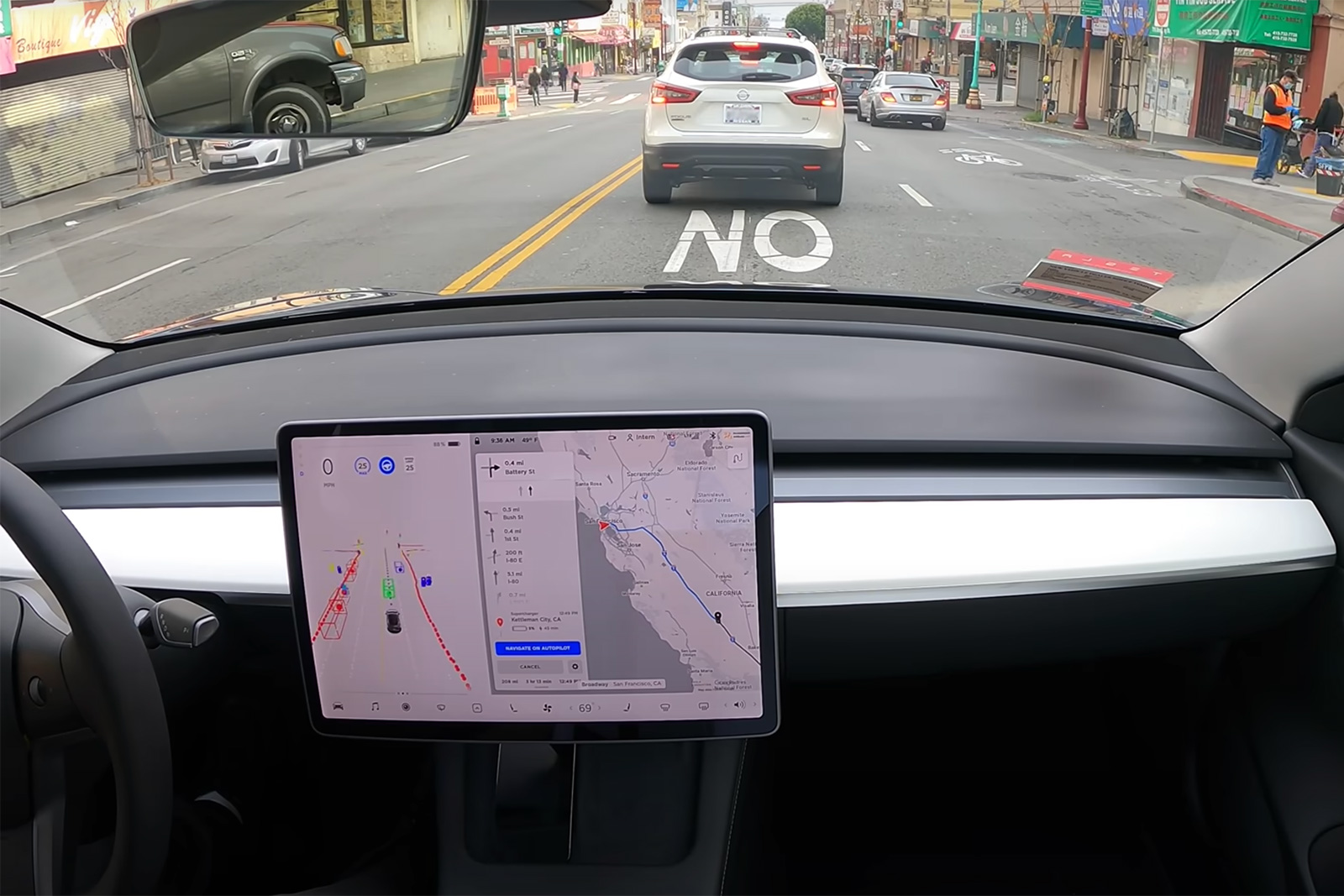 Tesla’s Full Self-Driving might still be in beta, but that isn’t stopping early adopters from using it for autonomous trips… well, almost. As Teslarati describes, Tesla enthusiast Whole Mars Catalog has posted a video showing their FSD-equipped Model 3 completing a trip from San Francisco to Los Angeles with virtually no interventions. The lone exception was just after crossing into LA, when the driver took the reins to avoid large debris on the road.

This appears to be the first known, recorded instance of Full Self-Driving completing this trip without input, Whole Mars Catalog said.

It’s a notable feat for technology that’s still rough around the edges and, despite its name, doesn’t let you take your hands off the wheel. At the same time, it’s also indicative of how far the technology has to go before it can fulfill Elon Musk’s robo-taxi dreams.

To start, Whole Mars Catalog took control near the debris as they didn’t fully trust Full Self-Driving to react properly — that’s not the kind of confidence needed for a truly hands-off drive. There was also some erratic lane behavior around San Francisco’s Market Street that wasn’t very reassuring. We’d add that California’s warmer climate is ideal for Tesla’s camera-based technology. It might face a much tougher challenge in the snow, where LiDAR and other sensors might be necessary to avoid collisions. In other words, it could be a while before you can simply assume FSD is ready to handle a city-to-city journey in your part of the world.