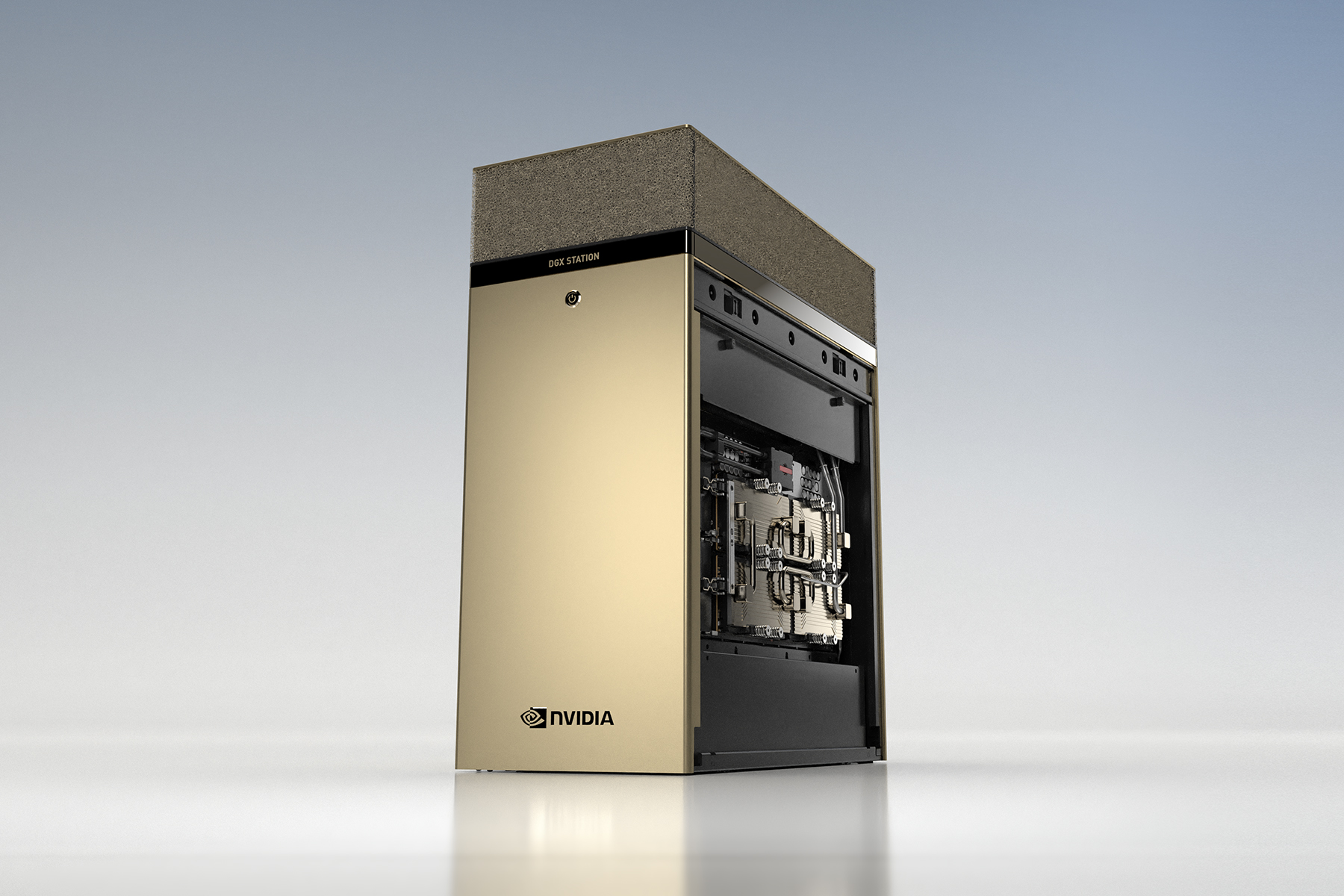 Back in May, NVIDIA announced a ridiculously powerful GPU called the A100. The card was designed for data center systems, however, such as the company’s own DGX A100, rather than anything that the average consumer would run at home. Today, the company has announced the DGX Station A100 which, as the name implies, has the form factor of a desk-bound workstation. It comes with four A100 GPUs — either the 40GB model that the original DGX A100 system came with, or a new 80GB version. If customers go with the latter, they’ll have 320GB of GPU memory to play with. (We’re not jealous at all…)

Like the DGX A100, the DGX Station A100 is meant for the science and business world. The kind of research and engineering outfits that are crunching massive datasets and investing heavily in machine learning and artificial intelligence. As my colleague Chris Schodt explained earlier this year (watch his explainer, it’s seriously good), you won’t be gaming on an A100 card anytime soon. It leverages an architecture called Ampere, however, which is now being used in consumer cards such as the GeForce RTX 3080. So while you can’t have an 80GB GPU in your gaming PC, it is possible to leverage some of the same technologies… provided you still have some serious cash to burn.

According to NVIDIA, the DGX Station A100 offers “data center performance without a data center.” That means it plugs into a standard wall outlet and doesn’t require a data center-grade cooling system. Inside the gold-ish case, you’ll find a 64-core AMD CPU with 512GB of memory and a 7.68TB NVME SSD. It’s the only workgroup server that supports NVIDIA’s Multi-Instance GPU (MIG) technology, the company explained in a press release. That means a single DGX Station A100 can provide 28 separate GPU instances for parallel jobs or multiple users to access. BMW, Lockheed Martin, NTT Docomo and the Pacific Northwest Laboratory have already adopted DGX Stations for some of their AI and research-focused work.

The DGX Station A100 doesn’t make its data center sibling obsolete, though. NVIDIA announced today that the standard DGX A100 will be sold with its new 80GB GPU, doubling memory capacity to 640GB per system. An upgrade option will also be available for customers who have already purchased the DGX A100 with four 40GB A100 cards (320GB). NVIDIA hasn’t disclosed any pricing for its new enterprise-grade hardware, but for context, the original DGX A100 launched with a starting sticker price of $199,000 back in May.